Rebelle and Paul Klee – Journey of finding the hidden

Every artist has their goals and dreams. Creative souls often look for suitable tools for visualizing them. Paul Klee (1879-1940), a prominent Swiss artist, was a seeker par excellence. He, the son of a music teacher and singer, was lead to the career of a musician. He was an excellent violinist, but in his teenage years, he gradually became a painter. It was partly because of the revolt, and partly because he didn’t consider the music of his youth (turn of the 19th and 20th century) to be worth following. His musical opinion was conservative, but as a visual artist, he became an inspiration for many modernist artistic movements, such as expressionism, cubism, surrealism as well as abstract art. 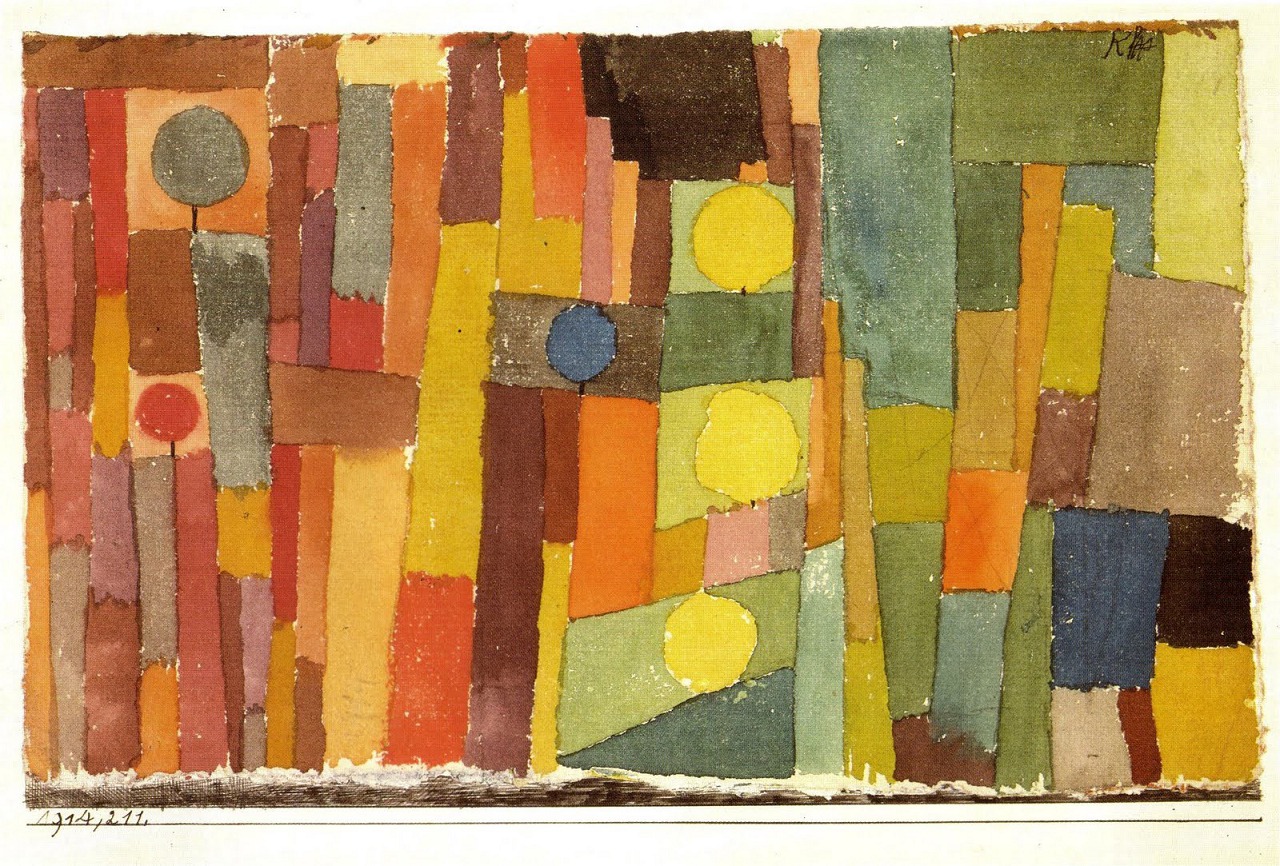 Paul Klee - In the Style of Kairouan

You may ask why we talk about him. Well, as an artist, he lived in a special space between music and visual art. He did not imitate the reality seen but made hard-to-define feelings and visions visible. He began with a fact, but gradually his paintings became compositions of lines, shapes, and colors. In his paintings, he unconsciously applied the musical principles of creation. He gradually abstracted the reality into colored areas, which can be perceived as the equivalent of musical tones. He was looking for something deeper than the reality. He constantly oscillated between the difficulty of African culture and the European spaciousness of the image. Maybe it was because partially African blood was circulating in his veins. Paul Klee - Kairouan

What does associate this unique artist with Rebelle? All his life, Klee was looking for new visual forms by using a combination of painting techniques and materials. He experimented with lines, colors and different backgrounds. For him, the line was not only a capture of the object’s contour but also "a self-purposeful walk without a specific goal." Whether digital artists nowadays prefer precision or looseness in their art, sophisticated tools in Rebelle can assist with this. You can draw freely, yet with a helping hand of Ruler tool, the program gently guides your freehand lines to be more accurate.

Klee's sensitive interaction of background materials and watercolor is also typical of Rebelle, which makes the program distinctly different from others. Just as every musical instrument has its specific sound color, each background used in Rebelle differently interacts with the color. In Rebelle you have an opportunity to achieve the contrast organically – you can combine the precise shapes made with selections or stencils with a playful and rather uncontrolled flow of watercolors.Image courtesy of Hidehisa Miyagawa - painted digitally in Rebelle 3

However, Rebelle has something extra that Klee didn't have back in his days. It's time control. You can stop or start the color-spreading process in Rebelle at the moment that suits you best. You are the conductor of random diffusion processes and can freely move through the interspace of the game and deliberate creation. Rebelle is not just a tool for imitating the reality. It invites the artist to create images of indefinable feelings. Unwind with the melody of shapes!Image courtesy of Wolfgang Schweizer - mixed media with Rebelle 3

Be inspired by reality, but let Rebelle show imaginative color diffusion and airflow while experimenting with its real world-inspired tools. Don’t be afraid to explore different backgrounds and tools, enjoy the creative process, look for hidden and reflections of your artistic mind will be revealed!

The list of Paul Klee's paintings can be found here.